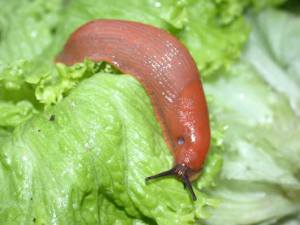 I spent a few days in May in the beautiful city of Vienna immersing myself in music, cafés and museums. I lost track of volcanoes in Iceland, nuclear fallout in Japan and DSK in Manhattan. When I switched on again I was confronted with a Spaniard chomping furiously on a condemned cucumber and a WHO report on cell phone toxicity. Death by Cucumber or Brain Tumor – an appalling thought! “I’m not going there,” I thought and switched off again. I turned my attention to the garden where the life-death cycle is evident but less cinematographic. I have to admit, though, that the slow ascent of my tomato plants fascinates me as much as the spectacular descent of the ex head of the IMF, potential future president of France last month. DSK’s vertiginous public humiliation filled me with awe the way a tsunami or an earthquake does – the sheer magnitude of one man’s personal disaster takes the breath away. I am a neophyte to the life of a garden and I stand before my tomato plants in quiet admiration of their steady growth. They are soothing and attract only my attention. Had DSK known anything about the life of a tomato plant, would his fate have been any different, I wonder?

I have learnt, for example, that basil and tomato plants make good bed partners. I don’t know why they do but I followed my sister’s advice and planted them side by side. Although DSK wasn’t actually interested in lying in the same bed as the black chamber maid, apparently, my sister could have at least advised him about the incompatibility of such a relationship. What a waste!

And I don’t know what DSK is paying his lawyers to get him off the hook but my friend in Vienna would probably be willing to advise him about slug control, free of charge. She knows all about gastropods and she says if you want to protect your plants you have to know how to negotiate with the Slug Chief. I trust her because she has had a lot of experience with slugs. She says you have to get the Head Slug on his own, point out to him the plant or plants that must be protected at all costs from the ravages of his clan and then offer him and his relatives the use of the rest of the garden. She did mention that the game plan came with a few risks like the devouring of the entire garden unless you got really specific about naming which plants could be consumed. Since the shameful spectacle of DSK in handcuffs being lead away from the Sofitel, I’ve been a bit worried about what might happen to me if I summon the local slugs to the negotiating table in my garden. I’d be in full view of all the neighbors on the 10 floors overlooking the said, garden. I would have to find some means of sorting out the boss from the riff raff; challenging when you are newcomer to the field.

Slugs strike me as being fairly underhand creatures. I only know when one has been to visit because he leaves his calling card: a lacy leaf. No need for a DNA sample. The damage is done. Snails on the other hand are stupidly obvious. I caught one the other day in amongst the coriander with his mouth full of coriander. I mean how guilty is that?! I made short shrift of him. No need for a lawyer. Maybe a snail’s shell helps him feel immune to danger despite the fact that he doesn’t fool any bird. A slug, on the other hand, has to be more covert in his movements because the risk in exposure is far greater. Ultimately they are both unwelcome guests and their wanton acts of forbidden consumption have to be punished. At least in my garden!

And finally I was advised to crush egg shells and sprinkle them around the base of the tomato plants as an additional, but natural antidote to gastropoditis. I assume a gastropod has neuronal connections that inform it about what happens when you walk on egg shells. It would be like one of us walking naked into a barbed wire fence. We just wouldn’t do that. So why would a slug?

If I concur with all this well meaning advice it would appear that my garden will resemble an Irish pub on a Friday night, full of bloated, drunken slugs carousing amongst the egg shells, too pissed to negotiate let alone remember who the boss is!

Sounds like a high price to pay for keeping slugs off the streets but it has to be better than a media circus featuring top performing lawyers and shrieking chamber maids.

I am wondering, however, if slugs are such unlovable beasts that they deserve all the poison that they get or are they just helplessly and hopelessly slugs at heart and warrant our pity.

Do you have any particular opinion to share on the matter?

Enjoy the rest of June. Dance for rain.